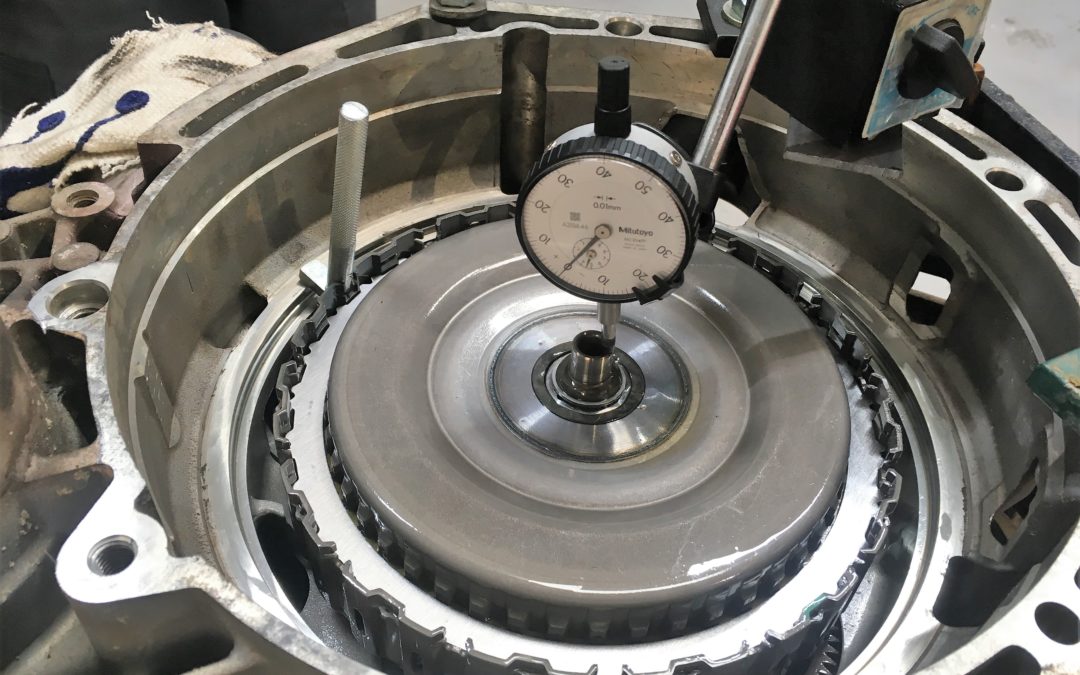 VW Audi DSG repairs are becoming common place in the workshop. The last decade has seen a rise in popularity of various forms of Automatic transmission. Many of these are not actually an Automatic transmission, they are in fact a manual transmission with automatic control, in some cases this is taken a step further with the Dual clutch gearbox. The Dual clutch Gearbox (or DSG for short) is basically, 2 manual transmissions with automatic control, in a configuration that results in lightening quick gear changes. Some die hard manual enthusiasts won’t admit it, but once you have driven one of these, most people would be reluctant to return to an old fashioned manual gearbox. VW Audi DSG

Early versions picked up a poor reputation for reliability, Partially down to a few design issues, many of which have now been remedied. However, we believe, a majority of these troubles are due to a lack of understanding, leading to poor servicing and maintenance (mainly, build-up of debris due to not receiving oil changes). Most the vehicles we have seen, that have been maintained correctly give no trouble. With the exception of the later 7 speed version, oil changes, using good quality fluids and the correct procedure are essential to remove debris (due to wear and tear) from the gearbo,x before it starts to cause issues inside the mechatronics (electronic and hydraulic control unit) VW Audi DSG

Recently we received a DSG gearbox, which had been removed from a Bi-turbo VW Transporter and had some issues with the clutch pack. This was believed to be due to having been filled with the incorrect fluid, which was not compatible with a wet plate clutch system. This resulted in permanent damage to the clutch pack, and a costly repair. VW Audi DSG VW Audi DSG

The repairing garage drained and flushed the transmission, before removing it and dropping it in with us for the clutch packs to be fitted. 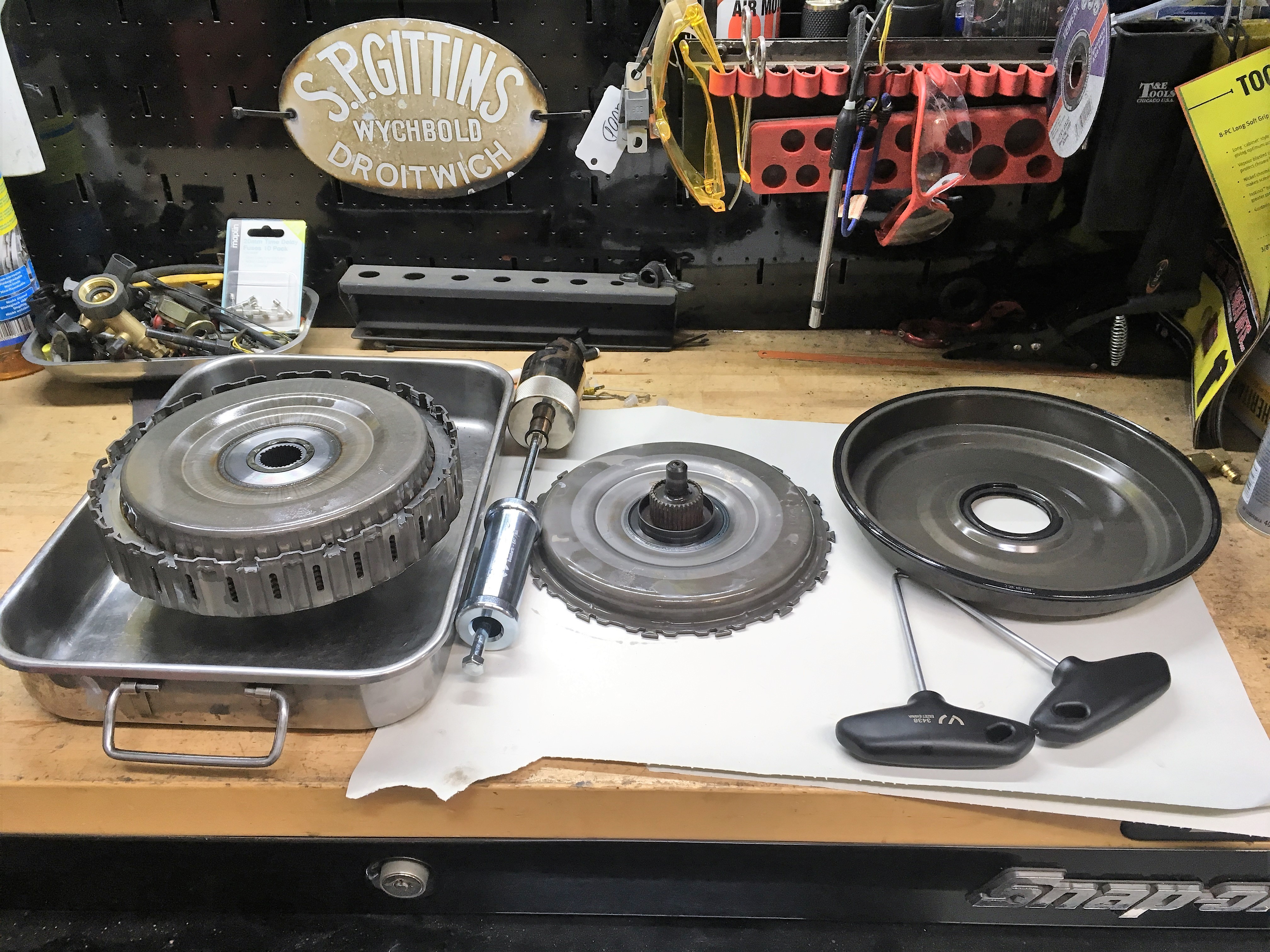 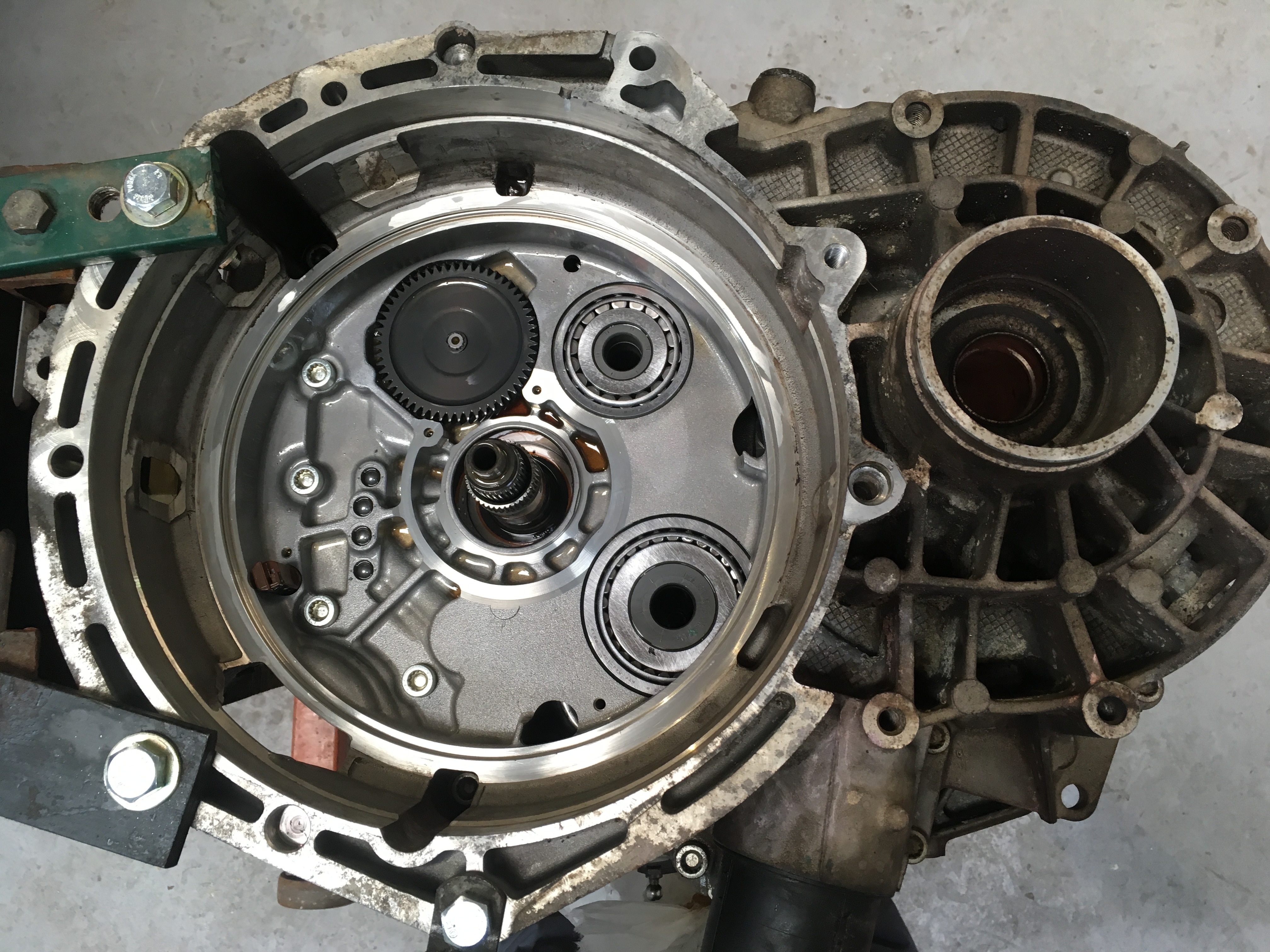 Ready for the new clutch pack.

The DSG clutch combines two multi plate clutch packs, one for each half of the gear box. Fitting of the clutch pack requires a number of specialist tools and setup procedures. 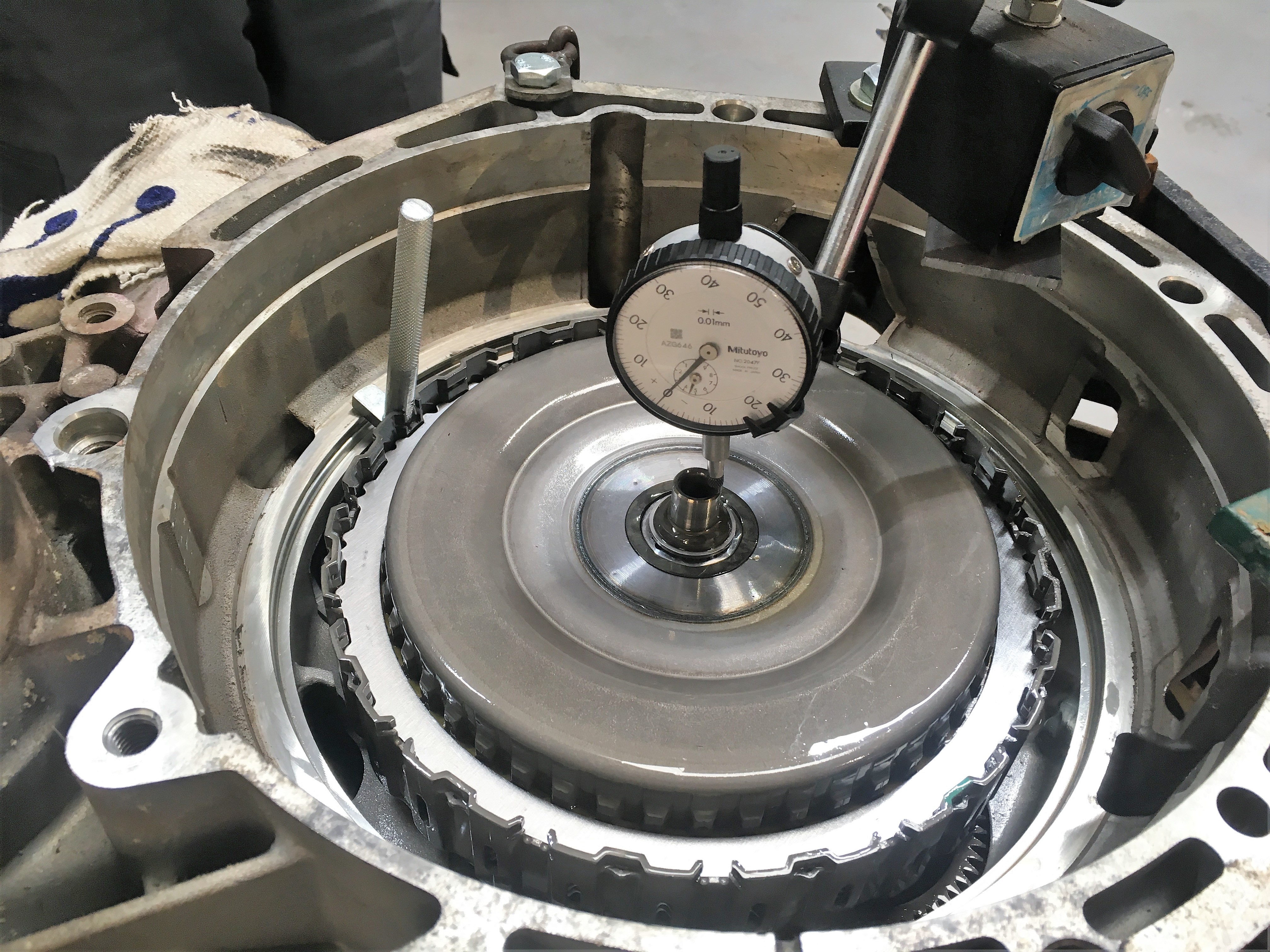 Above, we are taking one of the end float measurments. This must be accurate to 0.01mm

To the right, we are selecting the correct circlip. This DSG gearbox needed a 1.25mm Circlip. 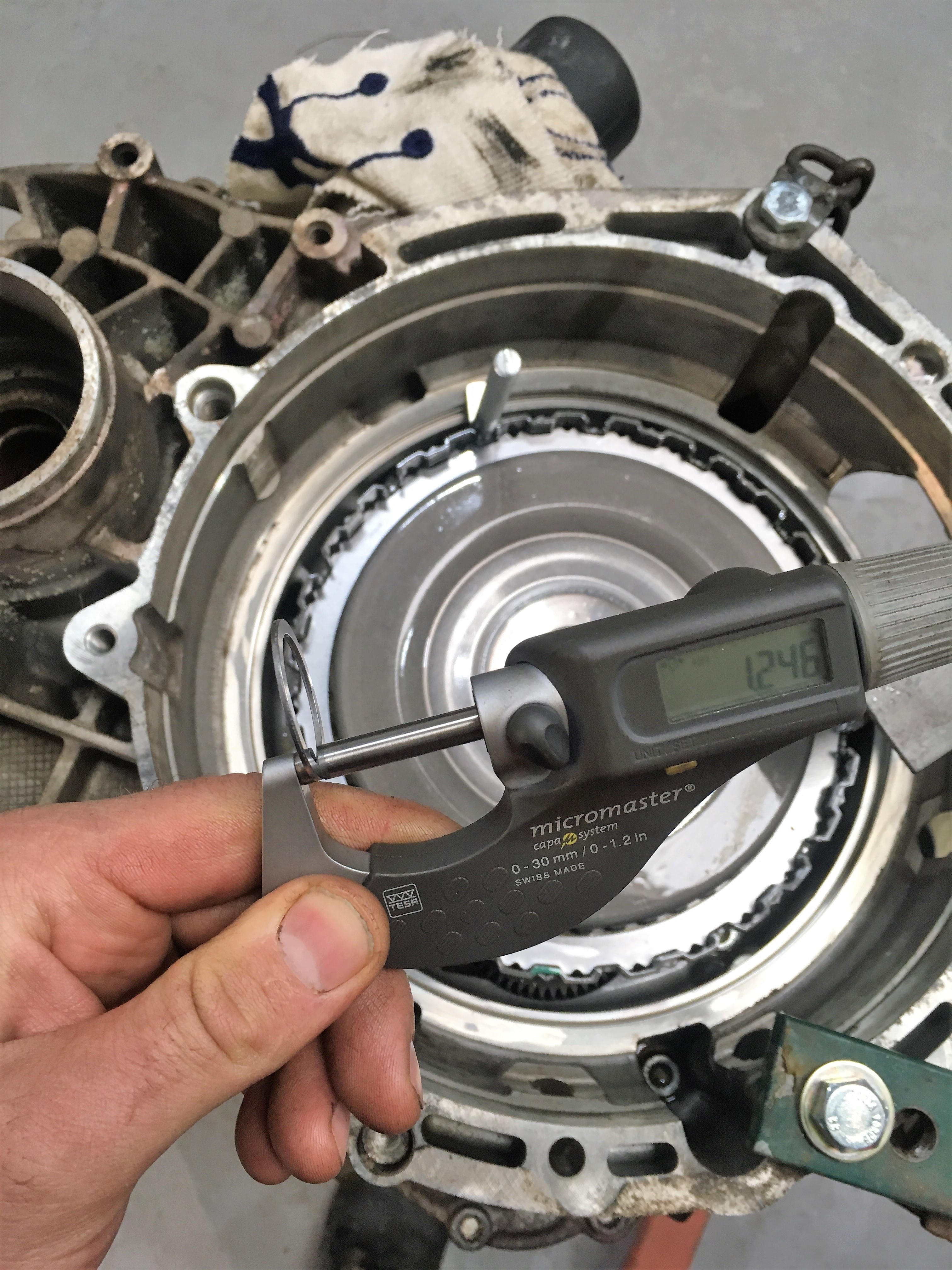 Once the transmission had been refitted to the van, it was trailered to us so we could complete the repair. This entailed a software update, to ensure the transmission was running on the most up to date software version, a fluid level check and then a lengthy adaption procedure and road test, in which the transmission control unit re learns gear position and clutch bite points. 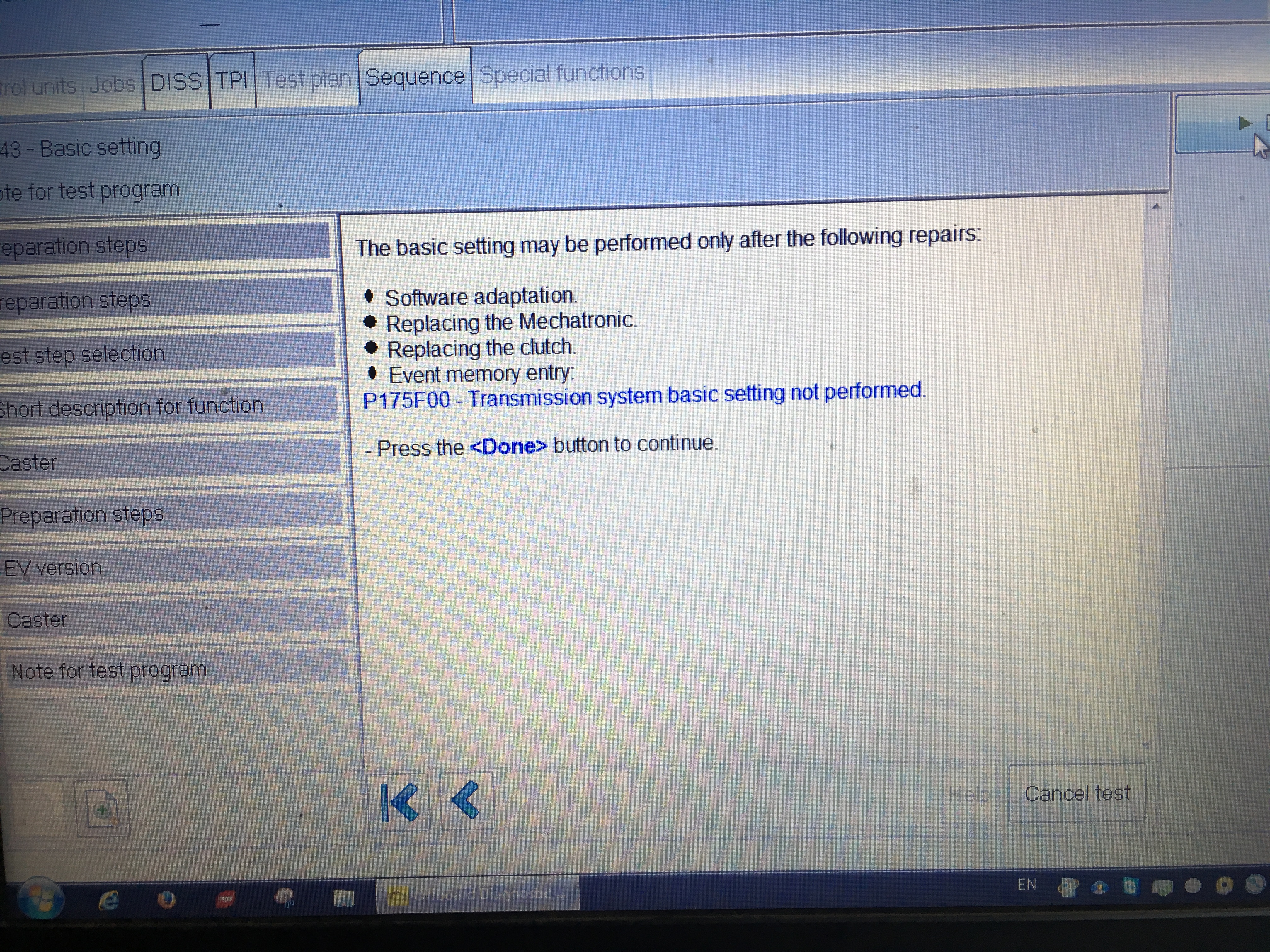 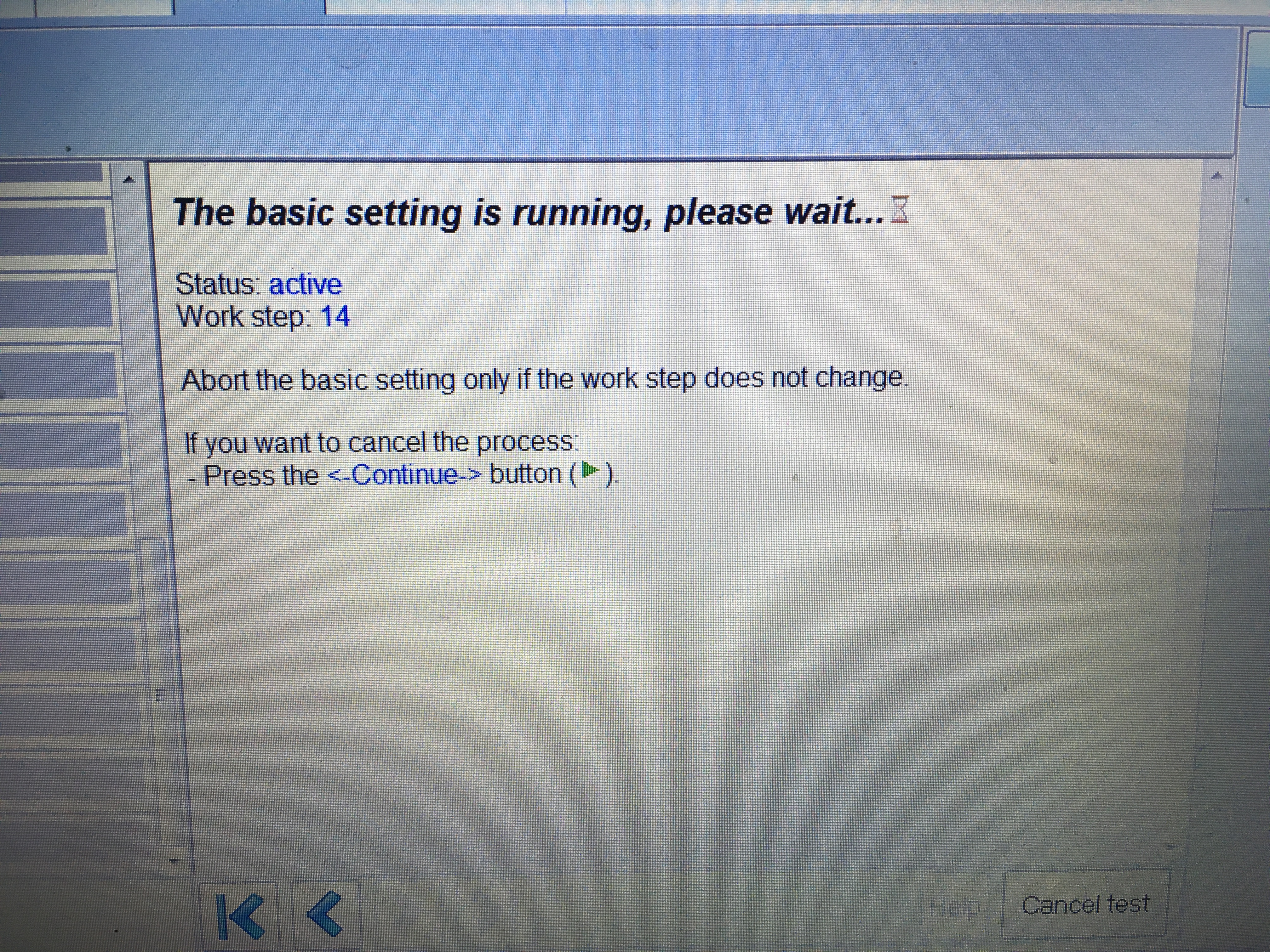 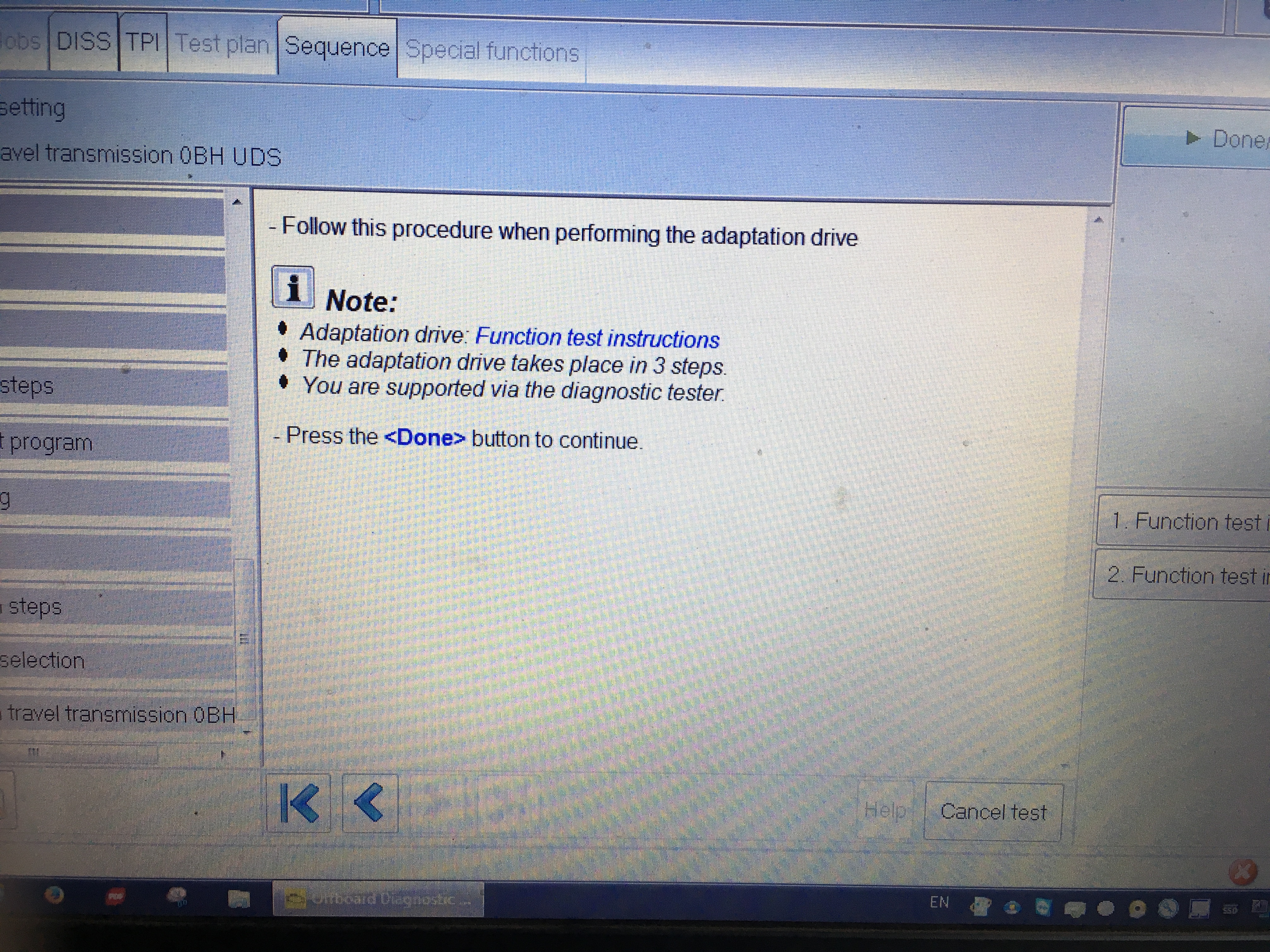 A few weeks after the work, the customer reported that he was very pleased, the gearbox was now working better than it ever had.

Modern cars are evolving at a frightening pace, continuous training, up to date service and technical information, the correct tooling and a broad range of skills are essential to ensure correct and reliable operation.