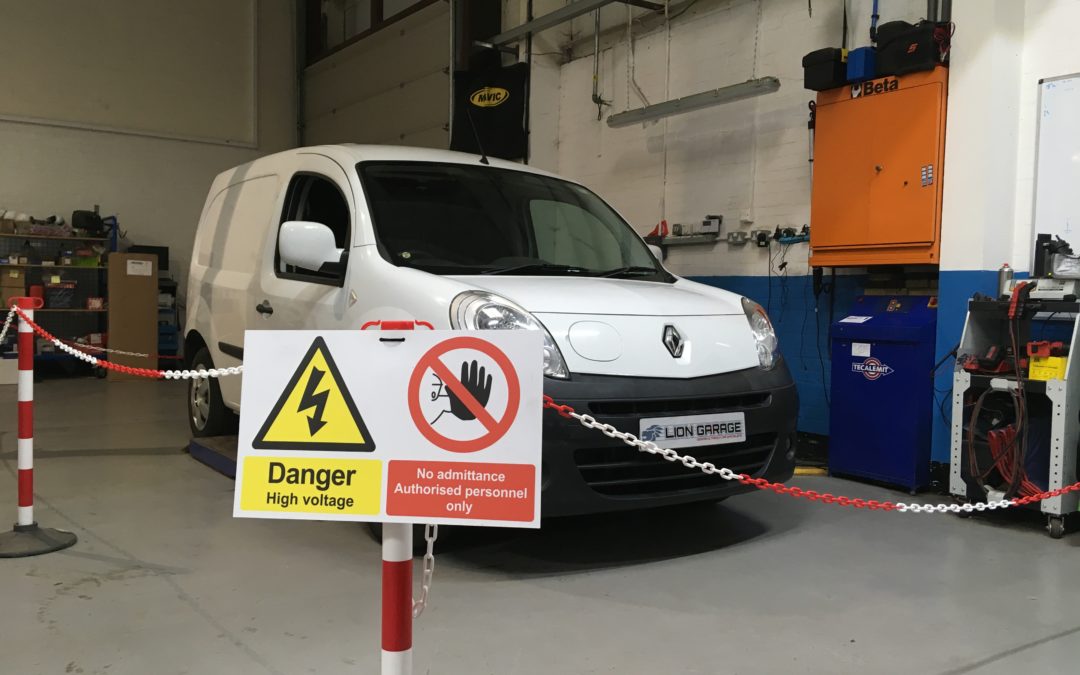 [ezcol_1half]Like them or loath them, the next few years will see a significant increase in the number of full electric or hybrid vehicles hitting the road. With more of these vehicles on the roads, we are also going to start to see more of them requiring servicing and repair. As part of our ongoing development and training, all of our technicians have started gaining the necessary qualifications to safely maintain high voltage vehicles.

Recently a Full electric van was recovered to us in a  fault state, unable to drive and displaying number of warning messages relating to the high voltage management, battery and motor assemblies. 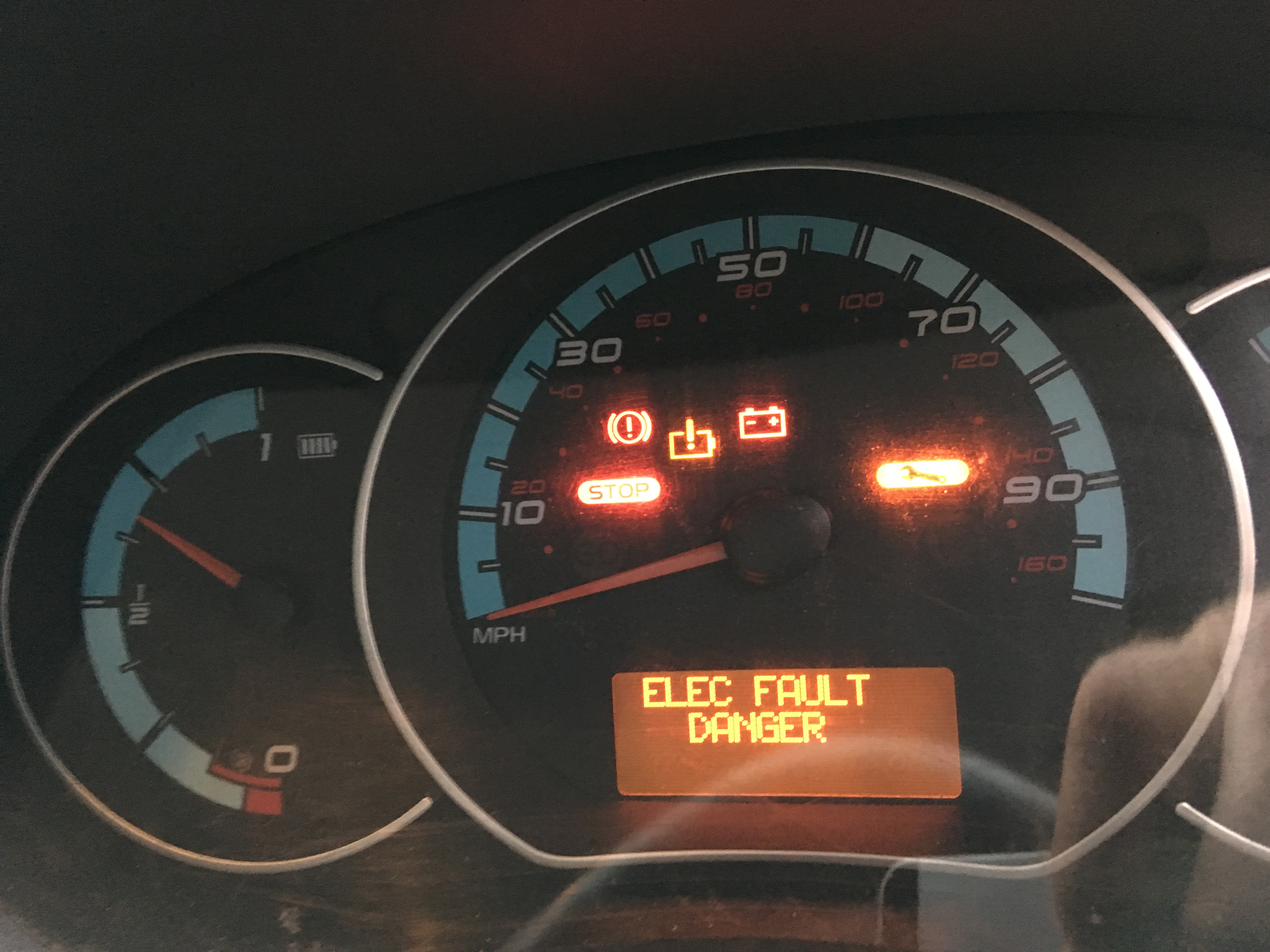 High voltage systems can be deadly if not dealt with correctly, so before work starts, we make sure the necessary safety precautions are in place. 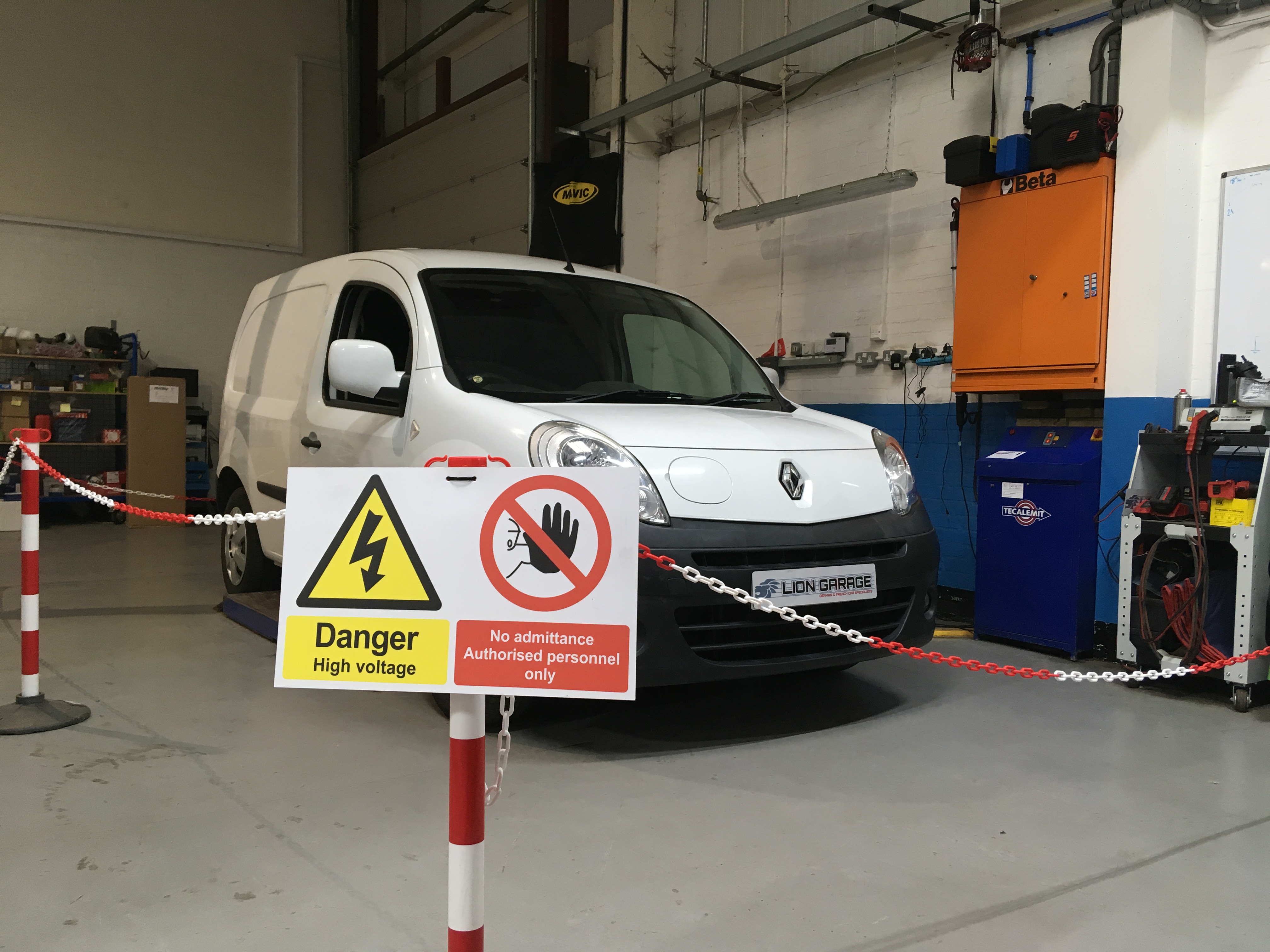 Next we start to look at the vehicle with a scan of the various computers. It quickly became apparent that there was an issue with one of the units. The power electrics block (or DC-DC converter) was absent from the network, meaning we were unable to interrogate it and the many computers that communicate with the DC-DC converter were reporting communication issues.

Before we were able to start any network fault finding, it was necessary to isolate the high voltage from the rest of the vehicle by removing the service connector (the large, main fuse). A lockable cover is then fitted in its place, to ensure that it was not possible to accidentally power up the vehicle. We then confirm the absence of high voltage in the system, before carrying out any testing. 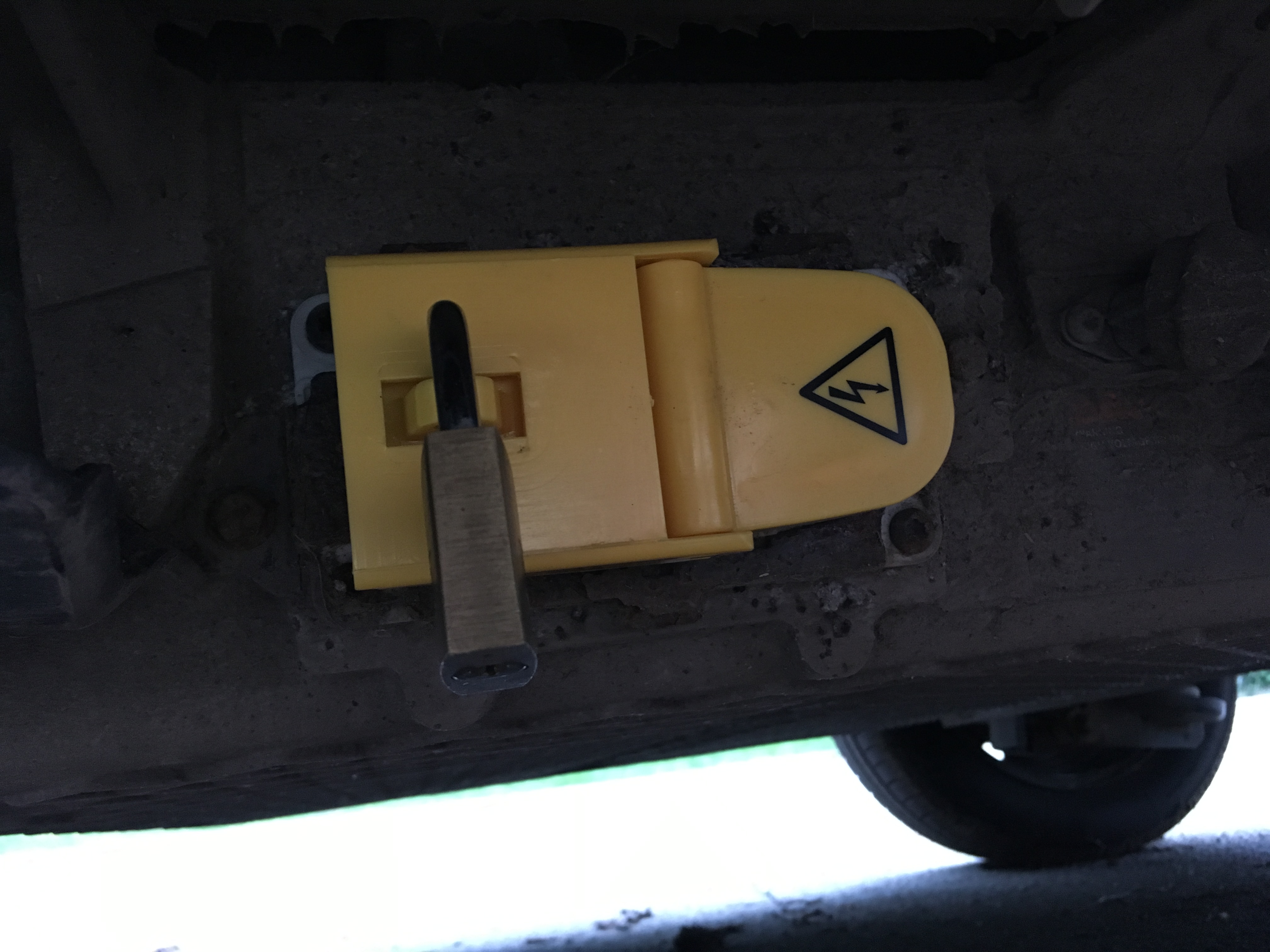 [ezcol_1half] Once removed, the service connector was checked. It has an inbuilt fuse which was open circuit. This indicates the fuse had blown which was a clue to the nature of the fault. 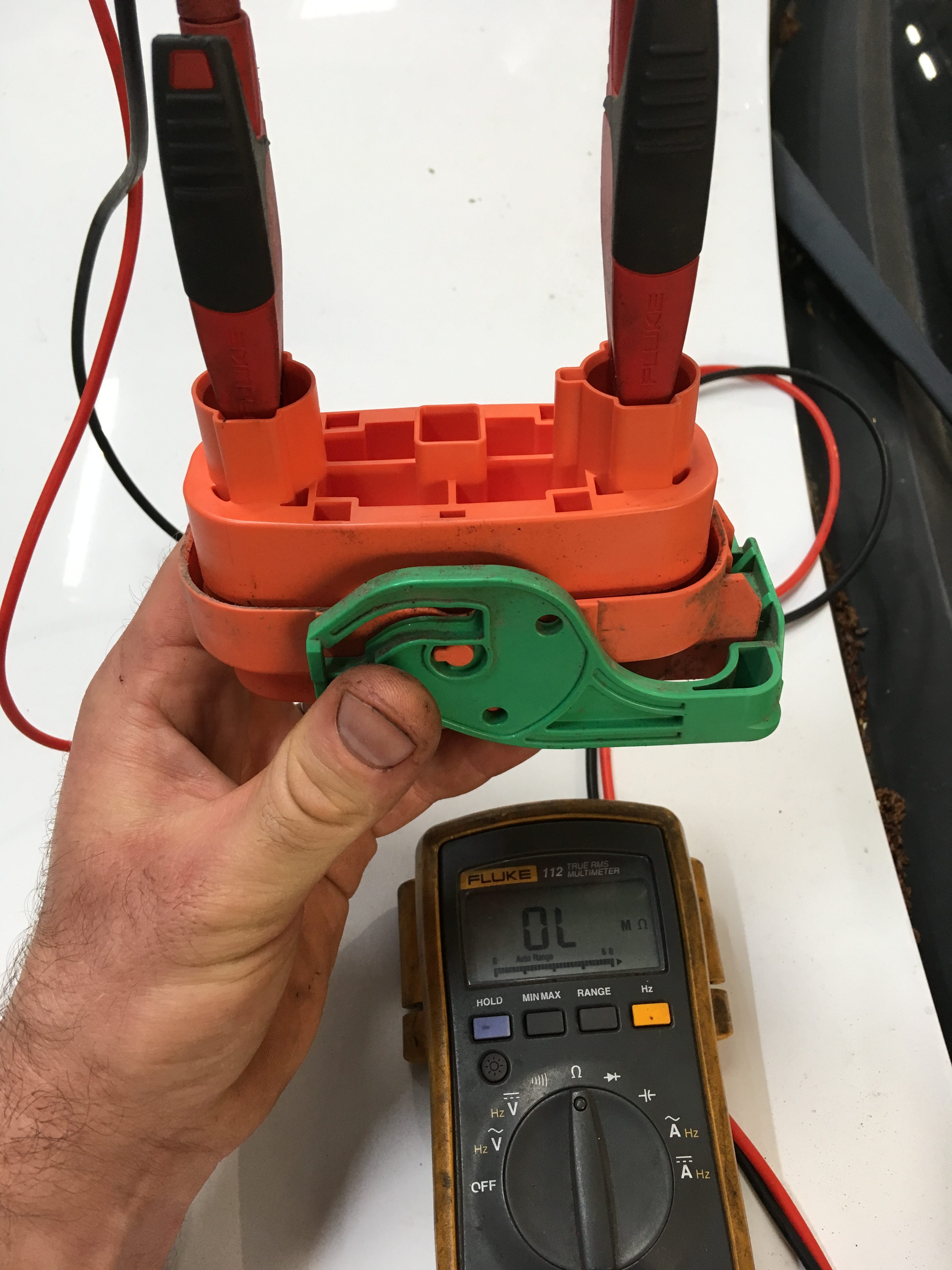 Checking the fuse in the service connector

We continued with the network fault finding, confirming that all power supplies, grounds and communication networks were present at the power electrics module (or DC-DC converter). At this point we were confident that the van required a new Power electrics block, but we also needed to confirm the reason for the blown service connector fuse. Using the insulation tester, we were able to check the entire vehicles high voltage system. As suspected there was a problem with the insulation somewhere. Following a methodical process, the Power electrics block was confirmed to also be the cause of the insulation failure. Completing this process confirmed that the rest of the high voltage system, including the drive motor, AC compressor, cabin heater, cabling etc was OK.

[ezcol_1third]At this point the vehicle charging unit and Power electrics block had already been removed, to allow access for testing.[/ezcol_1third] [ezcol_2third_end] 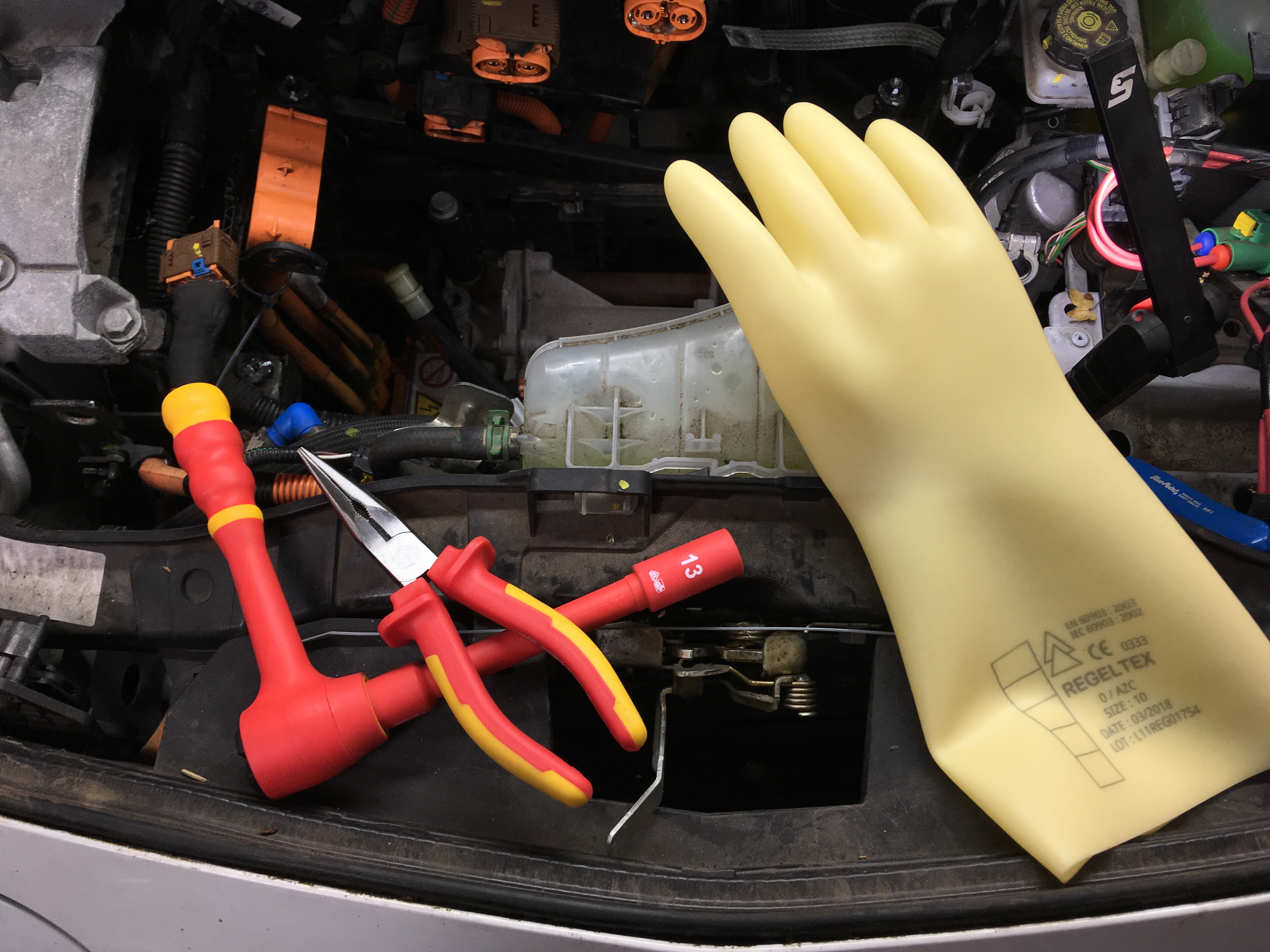 Insulated tools and gloves are essential

The new Power electrics block arrived, it was fitted in accordance with the manufacturers instructions. The rest of the vehicle, including the charging unit re assembled and the cooling system was topped up with the correct coolant. 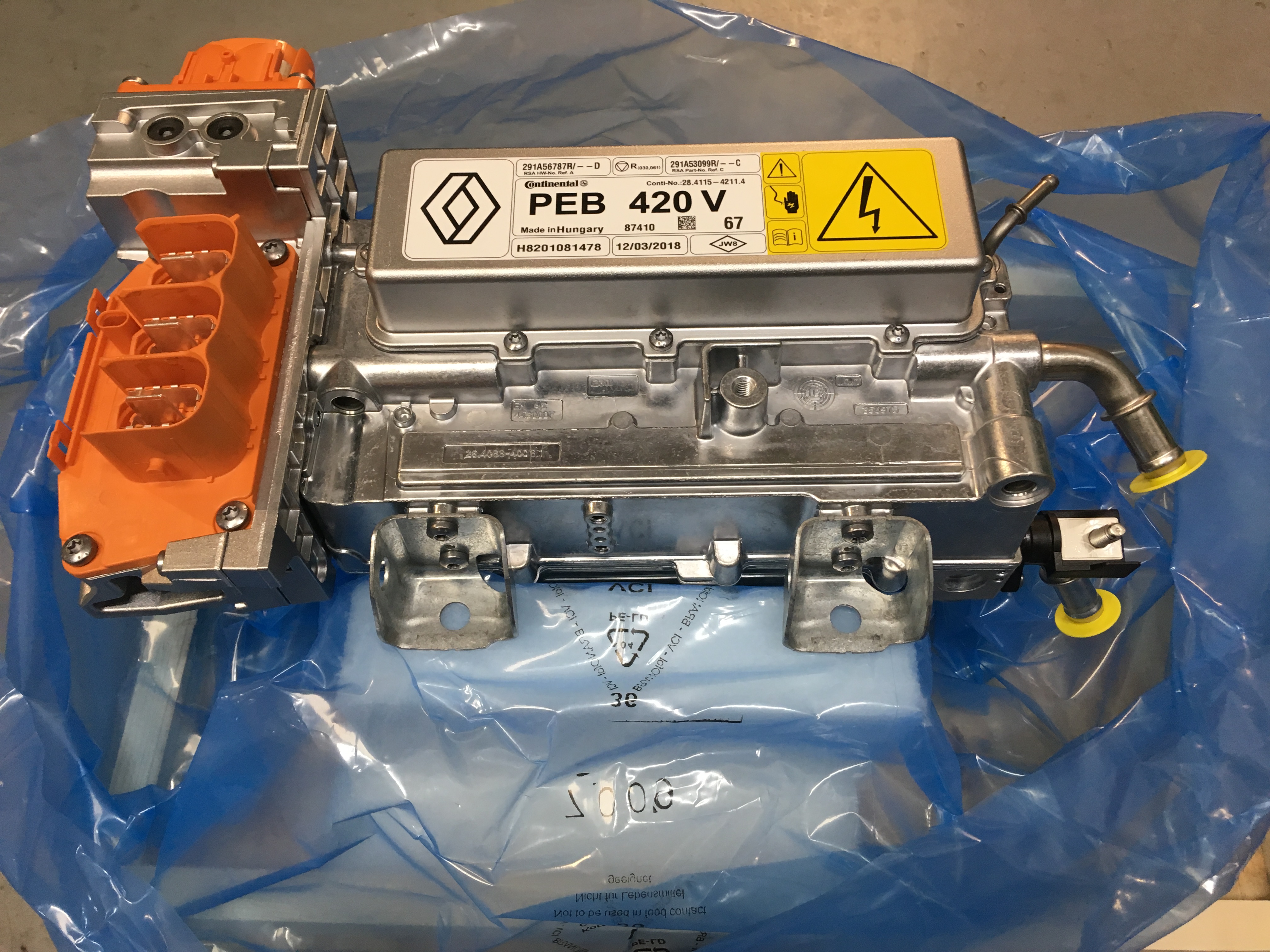 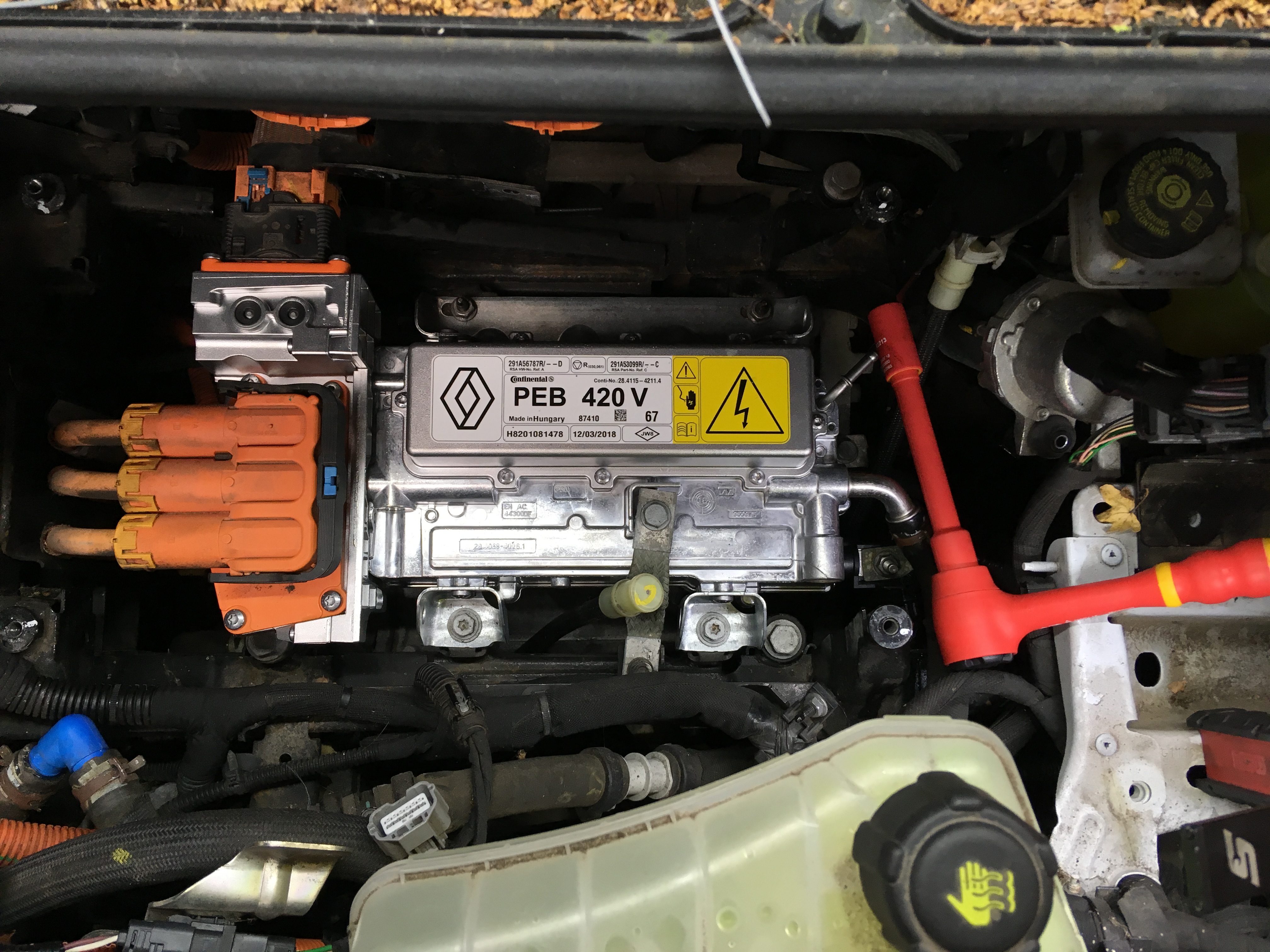 [ezcol_1half]  Once we had the vehicle reassembled, there were a number of software based procedures necessary. First we have to enter various bits of vehicle specific data to the new module, the new module needed to be matched the vehicle security systems, then a software file and another file containing the vehicle configuration data had to be downloaded from the Renault server and loaded onto the new module. This was all done using the genuine Renault software and diagnostic tool. Finally we had to input some information specific to the drive motor (rotor position sensor and winding resistance). Before we could delete all faults and fully shut down the system. The system is then restarted, with a new service connector (main fuse) in place. Some final checks were necessary before completing a road test and returning the van to the customer.   [/ezcol_1half] [ezcol_1half_end] 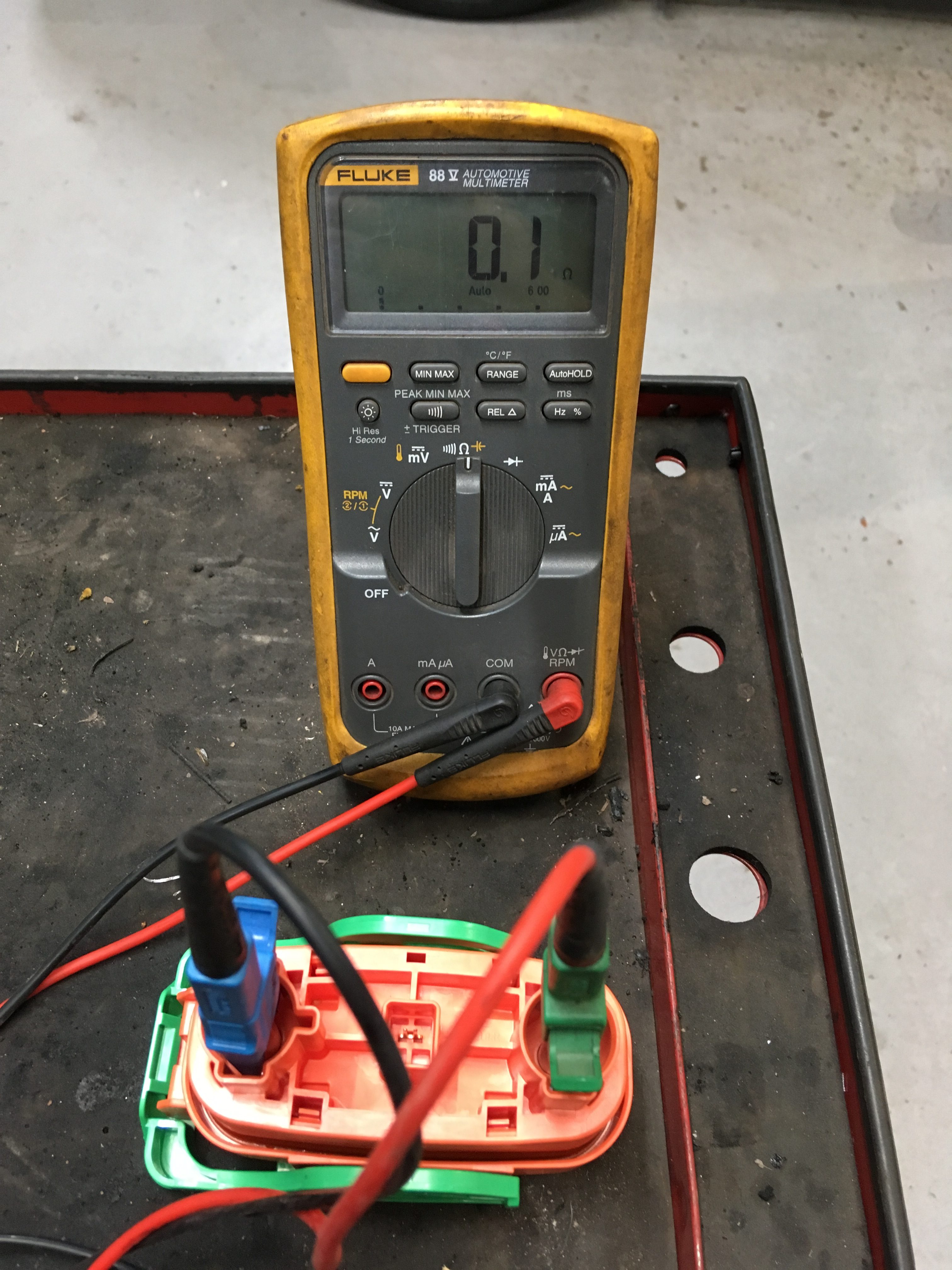 All work was carried out following the Renault specified repair procedures. The voltage and current levels that are present in these vehicles are way beyond deadly. There is absolutely no room for short cutting any procedures as safety is the number one concern.